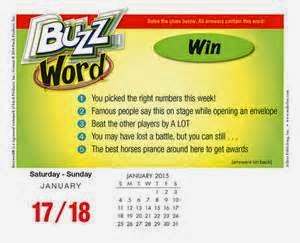 It’s no longer just your laptop and your phone that hook you in to the online world. Digital connections are now linking our watches, shoes, refrigerators, thermostats, cars, and almost anything else that can hold a teeny-tiny chip. Each of these devices becomes a sensor—a collector and distributor—of data about our habits, our activities, and us. More promise and more peril await nonprofits and the people they serve as a result of this transformation. The Internet of Things is also known as ubiquitous computing or the "web with many things."

As the cost of materials, equipment, and information drop, the do-it-yourself and "maker" movements are turning to garage biology, chemistry, and physics. Teenager Jack Andraka made headlines as a self-taught cancer researcher who discovered a pathbreaking way to detect pancreatic cancer early, and Public Lab has launched numerous well-known science projects for social good. Lots of people engaging in science is a good thing. On the other hand, given the ubiquity of data-collecting devices (see Internet of Things), we’ll surely have more occasions to ask, "How did they get that information?" and "Who should be monitoring the scientists?"

Dedicating a specific day to fundraising for a certain cause has a long history. Galvanizing lots of people around challenge grants has been a mainstay fundraising tool deployed by American community foundations for several years. But with the spectacular success of Giving Tuesday, a re-branding of the first Tuesday after Thanksgiving to focus on charitable giving, these events have reached a new pitch. In its third year, the event has gone global and become a much-watched case example of using social media for good.

This is the practice of showing different interfaces or options to specific groups of people and seeing which one is best at generating the behavior you want to spark. Commonly used by direct-marketing firms, software developers, and interface designers, A/B testing entered common parlance with the Obama presidential campaign’s widespread use of it in testing fundraising emails. The 2014 Facebook "contagion" study, which used algorithmic manipulation to see whether happy or grim news changed how people behaved, reminded us that the software behind our screens is making choices about what we see.

Gender disparities abound in data. Yes, even today medical research is still done mostly on men (or male mice). Many other large sets of data are used to inform policy or grant-making decisions, despite the built-in biases created by omission. Similarly, large collections of data also abound in—and can reinforce and exacerbate—racial, ethnic, linguistic, geographic, and economic biases. Look for resources on data discrimination and the built-in biases of data analytics and prediction to get far more (much-needed) attention in 2015.

Human-rights activists are on the front edge of creating and using secure technologies to stay clear of corporate and government oversight. Major foundations and large nonprofits have become targets for hackers, whether they’re looking for sensitive grant information or stealing donor information. A new British nonprofit, Simply Secure, makes encrypted software for email and mobile phones easier to use and more readily available. Nowadays, security is about more than not clicking on the suspicious link in that phishing email. Nonprofits and foundations will be taking more steps to keep their abundant digital data secure.

Take art, mix it with activism, and you get artivists. Whether it’s posters and sculptures in public squares or the artistic protest associated with the Occupy Wall Street movement, artivists are stepping out of the shadows and into the limelight. There’s a book of case studies, Beautiful Trouble, to help inspire and coach. Art played a role in the 2014 Hong Kong protests and is part of an effort by cyclists in Germany to connect crowdsourced data on biking routes to public art projects, all in the name of changing public policy.

Bracelet-style fitness monitors, upmarket pedometers masquerading as jewelry, and digital-sensor-enabled clothing to monitor sweat patterns or heart rhythms are just the latest ways people are wearing devices to connect them to the Internet. Opportunities to donate to charity based on your "steps walked" emerged almost instantly after Fitbit tracker became popular. These devices also fed a widely publicized data visualization of how the 2014 Napa Valley earthquake disturbed sleep, which may be a harbinger of how big data will be used. The data from these devices have already made it into courtroom battles. The more common these devices become, the more people resemble walking, talking cheap data points.

More and more of the world’s population now lives in cities. Cheap materials and improved data-collection processes mean our cities are filled not only with more people but with more sensors, cameras, parking-space sensors, tollgate passes, building codes, heat meters, you name it. If it’s being built into today’s cityscape, it probably gathers data ("senses") and sends that information somewhere.
The goal is to use all this remotely gathered information to improve municipal services, making our cities "smart." Smart will require that we set the right rules for what is gathered and what is done with it.

The dictionary tells us that iterate means to do again and again. In its buzzword guise, it is one of many design terms that has jumped the rhetorical fence, pulled along by related terms like "innovate," into philanthropy. Sexier than your grandmother’s pilot program, iterations mean trying something small, learning from it, and improving as you go along.

Reposted from The Chronicle of Philanthropy
Posted by Caribbean Connector at 10:07 AM

Did you consider exchanging with the #1 Bitcoin exchange company: YoBit.