In 2008, OCLC conducted focus groups, administered a pop-up survey on WorldCat.org and conducted a Web-based survey of librarians worldwide on Online Catalogs. The report - Online Catalogs: What Users and Librarians Want is now available for download.

•The end user’s experience of the delivery of wanted items is as important, if not more important, than his or her discovery experience.

•End users rely on and expect enhanced content including summaries/abstracts and tables of contents.

•Important differences exist between the catalog data quality priorities of end users and those who work in libraries.

•Librarians’ choice of data quality enhancements reflects their understanding of the importance of accurate, structured data in the catalog.

The findings suggest two traditions of information organization at work—one from librarianship and the other from the Web. Librarians’ perspectives about data quality remain highly influenced by their profession’s classical principles of information organization, while end users’ expectations of data quality arise largely from their experiences of how information is organized on popular Web sites. What is needed now is to integrate the best of both worlds in new, expanded definitions of what “quality” means in library online catalogs.

The report concludes with recommendations for a data quality program that balances what end users and librarians want and need from online catalogs, plus a few suggestions for further research.
Posted by Caribbean Connector at 11:52 AM No comments:

Here is a neat tool for Reference Librarians ...Google News Timeline is a web application that organizes search results chronologically. It allows users to view news and other data sources on a browsable, graphical timeline. Available data sources include recent and historical news, scanned newspapers and magazines, blog posts, sports scores, and information about various types of media, like music albums and movies.
Google News Timeline features search results from many different sources.
- News Sources
- Magazines and Newspapers
- Blogs
- Baseball Scores
- Wikipedia Events, Births, and Deaths
- Media from Freebase
Try it out....
Posted by Caribbean Connector at 12:28 PM No comments: 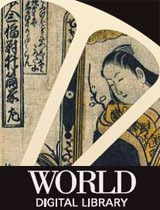 UNESCO and 32 partner institutions will launch the World Digital Library, a web site that features unique cultural materials from libraries and archives from around the world, at UNESCO Headquarters on 21 April. The site will include manuscripts, maps, rare books, films, sound recordings, and prints and photographs. It will provide unrestricted public access, free of charge, to this material.

The launch will take place at a reception co-hosted by UNESCO Director-General, Koïchiro Matsuura, and U.S. Librarian of Congress, James H. Billington.

Mr Billington first proposed the creation of a World Digital Library (WDL) to UNESCO in 2005, remarking that such a project could “have the salutary effect of bringing people together by celebrating the depth and uniqueness of different cultures in a single global undertaking”. In addition to promoting international understanding, the project aims to expand the volume and variety of cultural content on the Internet, provide resources for educators, scholars and general audiences, and narrow the digital divide within and between countries by building capacity in partner countries.

The WDL will function in Arabic, Chinese, English, French, Portuguese, Russian and Spanish, and will include content in a great many other languages. Browse and search features will facilitate cross-cultural and cross-temporal exploration on the site. Descriptions of each item and videos with expert curators speaking about selected items will provide context for users, and are intended to spark curiosity and encourage both students and the general public to learn more about the cultural heritage of all countries.

The WDL was developed by a team at the Library of Congress. Technical assistance was provided by the Bibliotheca Alexandrina of Alexandria, Egypt. Institutions contributing content and expertise to the WDL include national libraries and cultural and educational institutions in Brazil, Egypt, China, France, Iraq, Israel, Japan, Mali, Mexico, Morocco, the Netherlands, Qatar, the Russian Federation, Saudi Arabia, Serbia, Slovakia, Sweden, Uganda, the United Kingdom, and the United States.

One of UNESCO’s main mandates is to promote the free flow of all forms of knowledge in education, science, culture and communication. The Organization therefore supports initiatives to improve and increase content on the Internet. To this end, it collaborates with a range of partners on the creation of digital and other repositories.
Posted by Caribbean Connector at 7:03 AM No comments:

Test your IT IQ

Do you know how many searches there are on Google every month (30 billion), how about what country has become the no. 1 English-speaking country in the world(China), or that one out of eight married couples in the US met online, better yet the number of text messages sent and received exceeds the total population of the planet.

These and other interesting (albeit astounding) IT facts have been put together in a dramatic video researched by Karl Fisch, Scott McLeod, and Jeff Bronman and posted on YouTube.

Posted by Caribbean Connector at 1:39 PM No comments: